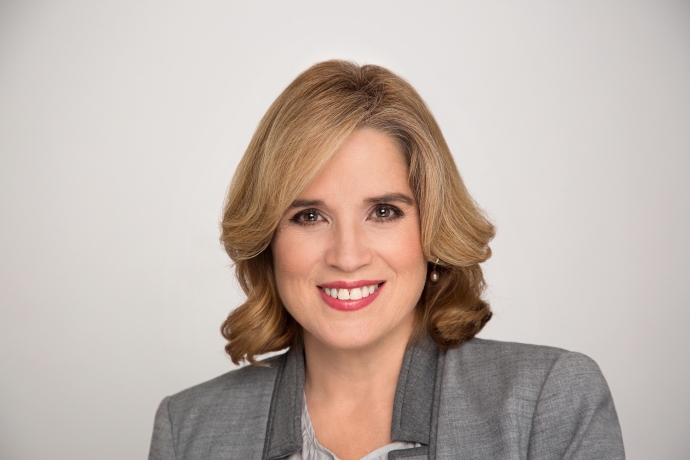 Carmen Yulín Cruz is the author of El Poder está en la Calle (Power is in the Street). In it, she writes about the struggles and experiences of the people, and how rewarding it can be to find their own power to change society and to change the country. For Carmen Yulín Cruz, the principles of justice and equality are her ultimate passion and commitment in life.

At Carnegie Mellon, she was the first student to receive the Spirit Award, now known as the Barbara Jenkins Award, an honor bestowed upon the student who elicited a positive impact on the quality of life of other students, in and out of the classroom.

After graduating from Carnegie Mellon, Yulín was hired by Westinghouse to be part of their highly selective program for the development of managers in human resources. She subsequently worked as the human resources director for the Office of Thrift Supervision in the U.S. Department of the Treasury.

In 1992, she moved back to Puerto Rico and served as manager and director of human resources for various companies in the private sector, such as Colgate-Palmolive, Banco Popular de Puerto Rico, Cellular One (now AT&T) and Scotiabank.

However, her true passion called her and she decided to return to the public sector. First, she became an advisor to the then-Mayor of San Juan, Sila María Calderón, and then went on to advise the Speaker of the Puerto Rico House of Representatives, until finding her own path and deciding to run for office.

In 2008 she was elected Representative At-Large for the Puerto Rico House of Representatives. Yulín enjoyed her time in the House and was poised to return for another term as Representative, having received the most votes for re-election in the primary of March 2012. Destiny, however, had other plans for her. At the end of March 2012, she accepted the nomination to run for Mayor of San Juan, an aspiration she had held since childhood. In November 2012, after a historic seven month long campaign, she won the election and became Mayor. In November 2016, she was reelected by an even wider margin.

Yulín is an active advocate for equality, fighting for the LGBTQ community, the deaf community and children with functional diversity as well as those who have struggled with gender-based violence. She is also a champion for the rights of immigrants.

Her vision of public service is one of governing not for the people, but with the people. She believes a better society is built by having strong student organizations, labor unions, and by implementing programs such as participatory budgets, wherein the people in each community decide how to best develop sustainable plans for themselves.

On September 20, 2017, Hurricane María completely devastated Puerto Rico. Mayor Cruz became a strong advocate for getting much needed help and dignified care for the people of Puerto Rico.

Cruz has received numerous recognitions and awards, including the Martin Luther King Centre Justice, Peace and Freedom Award and Humanitarian Leadership Award in 2018, the Antonio Villaraigosa Leadership Award in 2018, the AIDS Healthcare Foundation Humanitarian Award in 2017 and the Puerto Rico Arts Alliance Felisa Rincón Legacy Public Service Award. In 2018, she was on the TIME Magazine list of the 100 Most Influential People in the World for her leadership in the aftermath of Hurricane Maria. In the past two years, she has been awarded the CORE Foundation’s Gary Shandling Humanitarian Award, the Dolores Huerta Woman of Courage Medallion from United States Hispanic Leadership Institute and an award from the Blue Card for those aiding needy Holocaust survivors. 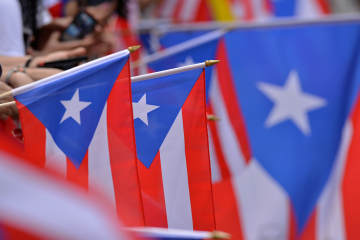 Mount Holyoke College Weissman Fellow Carmen Yulín Cruz spoke to the press about the current situation in Puerto Rico and what the next steps should be. 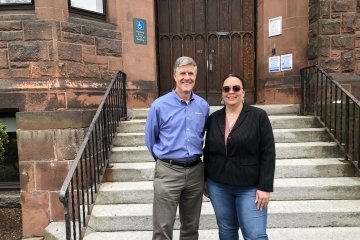 For the third year, a Mount Holyoke student from western Massachusetts has received financial support from PeoplesBank. 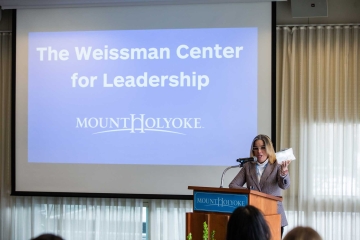