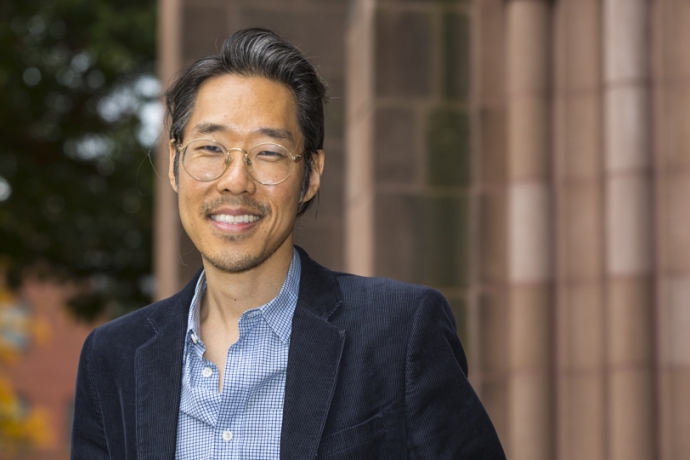 Wesley Yu specializes in the literature of the Middle Ages with emphases in medieval rhetoric, logic, and early poetics. He is currently completing a book manuscript that examines medieval theories of argumentation, focusing on the influence of argument on vernacular poetic composition and development between the eighth and fourteenth centuries. Working across Anglo-Saxon, Anglo-Norman, and Middle English literary traditions, Yu studies how shifts in medieval logic correspond to and are even anticipated by changes in medieval poetic practice. Charting such active exchanges between logic and poetry, his work considers what it means to think about medieval poetics as an indispensable part of early intellectual history. Yu has written on early medieval entanglements with figurative language, looking at the late-antique model of etymology offered by Isidore of Seville to help illumine Anglo-Latin treatments of allegory in Bede and John Scotus Eriugena; he has also written on Chaucer’s argumentative practices as applied to the trope of Boethius’ drunken man.

At Mount Holyoke, Yu teaches courses in the English department and the program in Medieval Studies.