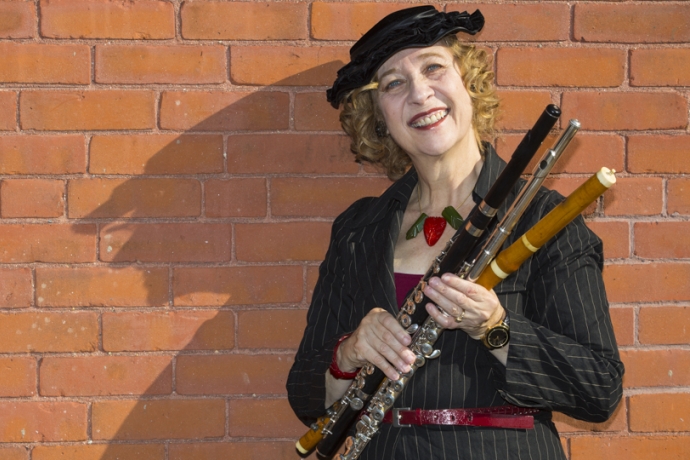 Adrianne Greenbaum, Professor of Flute at MHC and pioneer of the klezmer flute tradition, is a nationally acclaimed flutist and clinician, performing on historical instruments of the 18th and 19th centuries. Her classical training and career ranks among the finest flutists of her time.

As a classical musician, she has performed as soloist and orchestral musician in all of New York’s major concert halls and in many major cities of the US.  She has appeared with such orchestras as New York’s Mostly Mozart Festival, the Berlin Ballet at the Met, the Period Orchestra of the Fairfield Academy, and for many years performed with the New York City Ballet Orchestra.

Her current projects are as the continuing leader of her flute-based klezmer ensemble, “FleytMuzik”, and founder of the period instrument trio “L’Uhrovska Baroque” Her newest recording “Farewell to the Homeland: Poyln” was released in summer of ’16, receiving reviews of note for the flute and klezmer communities at large. She is solo flutist with the Wall Street Chamber Players and maintains an active free-lance life in the US and Canada. Greenbaum’s decades-long symphonic career was as Principal of both the New Haven Symphony and Orchestra New England.

She has held faculty positions at Wesleyan and Yale Universities, at Smith College, and currently enjoys giving master classes in klezmer techniques, traverso exploration, and improvisation across genres. She can be heard in recordings on the Koch and Music Masters labels as well as her own solo classical album “Sounds of America” and her other two FleytMuzik records.

Greenbaum is also a published composer (Mozart G major cadenzas) and arranger (F. Doppler’s Andante and Rondo), and her reputation as a historic instrument performer has garnered invitations to perform in the UK, France, Germany, and Austria and throughout the US. Greenbaum received her BM from the Oberlin Conservatory of Music and her MM from the Yale School of Music. 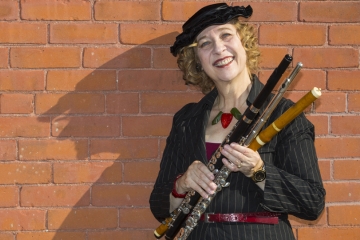 The Mount Holyoke flutist — one of 11 women musicians chosen from around the country — performed in “Soul Songs: Women of Klezmer.” 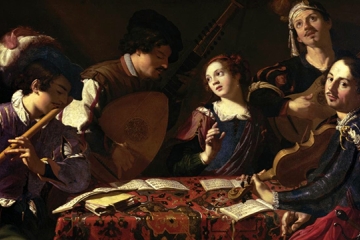 Mount Holyoke College’s Department of Music is set to thrill audiences in both individual and collaborative performances in the fall semester Baroque music concert.

In August 2022, Greenbaum was selected to be a featured performer on the final 50th Anniversary Gala Concert of the National Flute Associations’ Convention in Chicago where she performed a 20” set of klezmer including a world premier of her Yiddish March composed for the occasion. The audience in attendance was not shy as they joined Greenbaum in dancing in the aisles while she played, proving that her mission to return the historical presence of the flute as a klezmer instrument has largely has been accomplished.

The London-based Klezmer Education Symposium has selected Adrianne Greenbaum to be part of the core faculty for the first international online forum that will take place over two days focusing on varied and unique teaching methods for the folk genre.

Although Adrianne Greenbaum teaches flute and chamber ensembles, two of her recent klezmer compositions were featured in the international scene this past month. One, a Life Cycle suite called “Lebn” (Life) won a top position as a 2020 finalist, performed and aired on YouTube in the Brazilian Klezmer and Yiddish Festival (“Kleztival”) and her composition “Al Hanisim” was selected for a special radio program in Krakow, Poland.

Was one of few North American klezmer musicians performing and giving workshops in The London International Klezmer Festival and the sole “distant” performer for her adopted home of Scotland for their Jewish Community (ScoJac) event.

Invited to speak at the American Folklore Society in Baltimore Maryland as a leading woman in the field of klezmer. Her requested topic was “Women in Klezmer”, the issues that surround the history of squelching women’s presence throughout history, and current projects that promote women’s leadership in the genre.