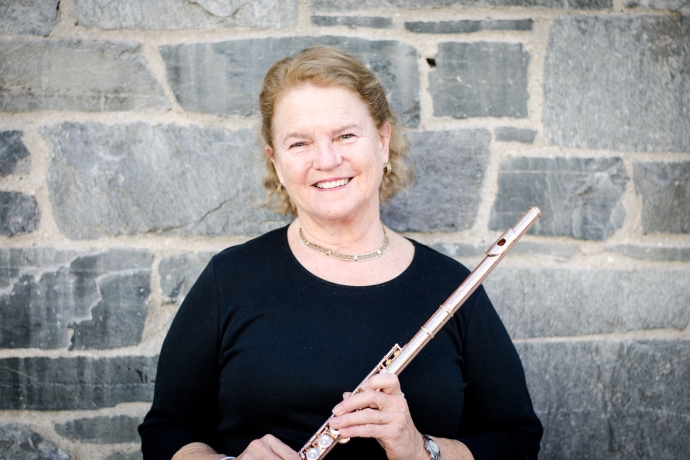 Alison Hale received both her M.M. and D.M.A. in flute performance from the Manhattan School of music. Her teachers include Julius Baker, Thomas Nyfenger, Samuel Baron and Harold Bennett. Ms. Hale received the 1988 Mary Lyon Award given by Mount Holyoke to an outstanding alumna.

Ms. Hale made her New York City debut in 1982 at Carnegie Recital Hall as a winner of the 1981 Artists International Competition. Since then, she has performed at Lincoln Center, Merkin Hall and CAMI Hall, as well as many of the major cathedrals in New York. She spent the summer of 1980 at Tanglewood as recipient of the Kandell Fellowship, where she won the C.D. Jackson Masters Award.

Ms. Hale is currently a member of the Portland Symphony Orchestra, Portland Opera Repertory Theatre, and the Procter/Hale Duo, and is founder and director of music of the Orchard Hill Summer Festival in Brattleboro, Vermont. She also teaches at Amherst College.