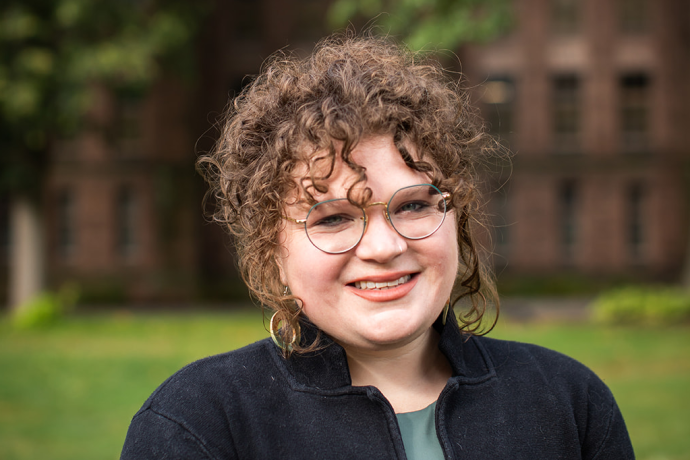 Trained in Comparative Literature and Women, Gender, and Sexuality Studies, Sandra Joy Russell is an interdisciplinary scholar whose research focuses on the literature and visual cultures of Ukraine and Eastern Europe from the Soviet period to the present day. Her work considers how neocolonial framings of Eastern Europe have limited wider understandings of gender and sexuality in the region and she positions Ukrainian queer and feminist genealogies within broader transnational feminist discourses. Additionally, she is the Associate Editor of Apofenie Magazine, and the Editor of Ukraïnica: Ukraine’s Primary Database—an online catalogue of English Translations of Ukrainian Literature and Film supported by the Harvard Ukrainian Research Institute.