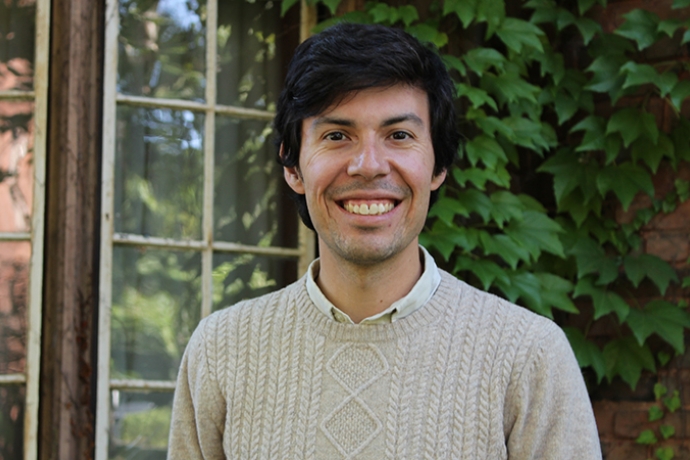 Tim Chumley is a probabilist interested in working on models that arise in physics, engineering, and other areas. He is particularly interested in Markov chain models known as random billiards that model phenomena in the kinetic theory of gasses and classical statistical mechanics. These models replace the mirror reflection law of ordinary billiard systems, widely studied models in dynamical systems and ergodic theory, with random reflection laws intended to model complex, microscopic structure. Chumley's work on probabilistic limit theorems for random billiard models has provided a framework for a detailed analysis of systems of interest to chemical engineers, physicists, as well as mathematicians.

From 2013 to 2016, Chumley was an NSF Alliance for Building Faculty Diversity in the Mathematical Sciences Postdoctoral Fellow at Iowa State University. As a member of the probability group, his work there focused on problems in applied probability, including work on random walks in random media, Wright-Fisher processes, and random matrices. Chumley is currently interested in problems in probability, stochastic simulation, differential geometry, and stochastic processes on manifolds, as they relate to and foundational ideas in non-equilibrium statistical physics and thermodynamics.

Chumley's work has appeared in the journals Transactions of the American Mathematical Society and Computers & Mathematics with Applications.

Was featured in the Mathematical Moments program of the American Mathematical Society. In the video interview, titled Exploring Thermodynamics with Billiards, he explains the connections between random billiards and the science of heat and energy transfer. https://www.ams.org/publicoutreach/mathmoments/mm160-billiards

Was featured in the Latinxs and Hispanics in the Mathematical Sciences (Lathisms) calendar in honor of Hispanic Heritage Month.