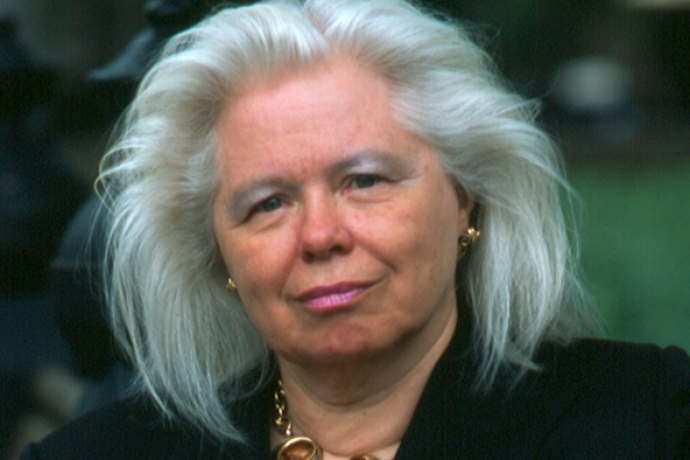 Vanessa James is resident designer and producer for Mount Holyoke's Rooke Theatre, where she has produced and designed productions with Pulitzer Prize–winning author Suzan-Lori Parks '85 and Nobel Prize–winning author Wole Soyinka. At Mount Holyoke, she also conceived and organized the first American Women in Design Symposium and the first International Dramaturgy Symposium. In addition to her work at the College, James is the design consultant for the Massachusetts International Festival of the Arts (MIFA) and for the Ensemble for the Romantic Century, New York.

The author of The Genealogy of Greek Mythology (Penguin 2003), James is currently working on a companion volume on the genealogies of the Roman Empire and of Shakespeare's plays.

For many years James has been an art director in New York for theater and films. Her credits include The President's House, a documentary drama about the history of the White House; Brand X, produced by Andy Warhol; Switch, with Martin Sheen; the miniseries Kane and Abel, I'll Take Manhattan by Judith Kranz with Barry Bostwick; Chiefs with Charlton Heston and Billie D. Williams; and the soap opera Another World.

For her film work James was honored with an Emmy Citation and has been nominated for two other Emmy awards. She has also received many favorable reviews in the New York Times and has been featured in articles in Opera Magazine, New York Magazine, Theatre Crafts, T.D.R., Details, Avenue, Elle, Spy, People, and Suzie's syndicated column.

James came to America in 1968 to design The American Pig, an Anti Imperialist Vaudeville (starring Henry Winkler and Jill Eikenberry) for the Joseph Papp Public Theater. She continued to design sets, costumes, and lights for productions at the Public with director Donald T. Sanders. These productions included the yearlong run of William Burroughs's Naked Lunch; Thomas Cole, A waking Dream; 33 Scenes on the Possibility of Human Happiness; and Edith Wharton's Old New York.

Since then she has designed sets and costumes for productions at the Brooklyn Academy of Music, Studio 54, La Mama, the Metropolitan Museum of Art, the Black Theatre Workshop, the Mannes Opera, the National Academy of Design, the New York Art Theatre, the Hudson River Museum, the Mount (Lenox, Massachusetts), the Loeb Drama Center (Cambridge, Massachusetts), Long Wharf Theatre (New Haven, Connecticut), and Stage West (Springfield, Massachusetts). In Europe she has designed for the Rassegna Internationale, Florence; the Parma Opera House, Italy; the Bristol Old Vic; and the Royal Court Theatre, UK.

She has designed many off-Broadway shows including Arvin Brown's production of Whistle in the Dark; Kenneth Koch's The Red Robins, with Roy Lichtenstein, Red Grooms and Alex Katz; the African American musical You Don't Miss Water by Cornelius Eady; and Chambers by Jack Gelber, directed by Arthur Penn. She was also designed sets for Kristen Linklater's Company of Women productions of Henry V and King Lear.

James's designs are well known for their innovative use of unusual materials. Her design work is documented in the Metropolitan Museum of Art's Costume Institute Library and in the permanent collection of the Museum of the Moving Image. Her designs have been exhibited at the Fashion Institute of Technology in New York, the Loeb Drama Center at Harvard University, the Hudson River Museum, the Parrish Art Museum, the Salt Lake City Museum and the Ronald Feldman Gallery, New York. She has won five grants from the National Endowment for the Arts as well as grants from the New York State Council for the Arts and the Massachusetts Arts Council.

She has been a lecturer and guest artist at Princeton University, Barnard College, Parsons School of Design, the New School, Vassar College, SUNY Buffalo, Columbia College (Chicago), Smith College, Bucknell University, and the University of South Carolina. She has been a guest of the French government at the Comédie-Française in Paris and of the National Film School in London. At Mount Holyoke, she teaches courses in theater design, the domestic interior, and ancient theater. 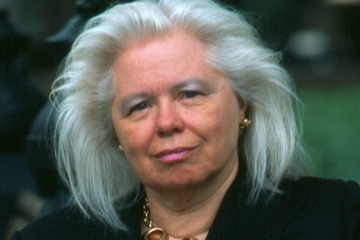 Vanessa James’ design for the off-Broadway production of a new play, “Van Gogh’s Ear,” about the artist, incorporates extravagant detail and materials. 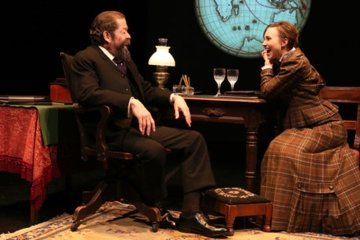 The New York Times critic gives a rave to the new play Jules Verne: From the Earth to the Moon, with costumes and sets by Mount Holyoke theatre professor Vanessa James.