Q. What has the power to bring first-years and seniors together, promoting class spirit and building camaraderie between the bookend classes?

Some Mount Holyoke traditions bend more with the times than others. A clear tipoff that a tradition is anything but static? A history of changing names. Take DisOrientation … which is also known as Dis-O and was formerly known as both Freshman Day and Hazing Day.

From its start, likely sometime in the early 1900s, Freshman Day was a misnomer. The day involved a variety of bonding activities between first-year and upperclass students. Firsties played basketball and other games against sophomores for bragging rights. And firsties humbly obliged to the playful bidding of seniors, for the sake of tradition, by doing little tasks for them.

By the early 1940s, Freshman Day became Hazing Day. Perhaps emboldened by the 1937 retirement of the rather strict President Mary Woolley, seniors took hold of the tradition — minus the sophomores and with a host of creative themes and ideas in mind for first-year students. The aim was for seniors to get to know firsties outside of their own residence halls in a fun way. Seniors wore academic robes; firsties wore costumes. Come the end of the day, the emphasis on rank would be dropped and seniors would often treat firsties to a night out.

In 1952, first-year students of the class of 1957 had to tote around can openers, a nod to Heinz’s “57 varieties” ad slogan. A notice from seniors read: “Freshmen will dress as some Heinz product — soup, pickles, catsup, etc. — and will do special things, like debate whether hot or cold tomato soup is better, etc. The frosh will give singing commercials as well as College songs. The seniors will then entertain them with a skit and singing group. All will have a picnic lunch, then seniors will take freshmen to the movie ‘The Promoter.’”

Beginning in the 1970s, the fall tradition at times evolved from a daylong to a weeklong event. Costumes, class colors, singing, loud merriment and bonding — multiplied.

In 1985, the passage of an anti-hazing law in Massachusetts sparked the tradition’s most recent name change. Although Hazing Day wasn’t targeted by the law per se, the name was changed to DisOrientation. Rules to guide the tradition were set in place by the class of 1989’s class board and were added to in subsequent years. In 1992, a protest of the senior class of 1993 was set off after the College called for last-minute rule changes to Dis-O — including the request for seniors to submit a list of each residence hall’s planned activities — and the tradition was sparsely celebrated. But in years since, the tradition has hit its stride.

Perhaps the most unusual feature of Dis-O is that its date remains a secret to all students except the senior class. In recent years, Dis-O has taken place in early November, following the election of the first-year class board. The class of 2017 decided to mix things up and moved DisOrientation to the spring semester. Not only did this keep the first-year class guessing about the date, it also opened up a new opportunity for “springies” (first-year students who begin in the spring) to participate and bond with the senior class.

Today’s DisOrientation is a highly anticipated evening filled with class colors, raucous cheering and a march to the President’s House for the finale: two class years serenading the president with the “Anti-Alma Mater.”

A peek into the Secrets of Dis-O! 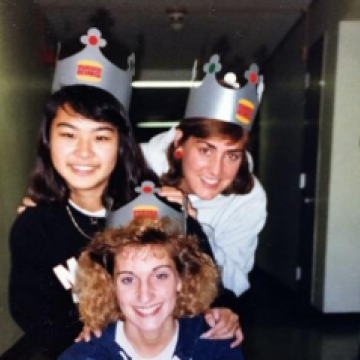 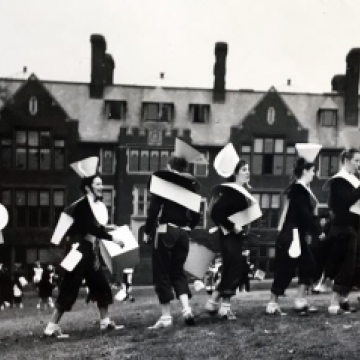 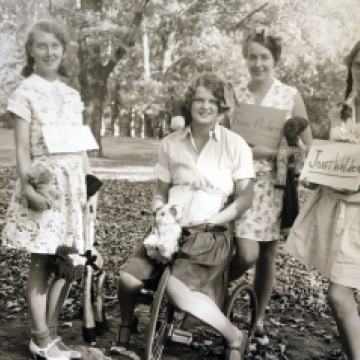 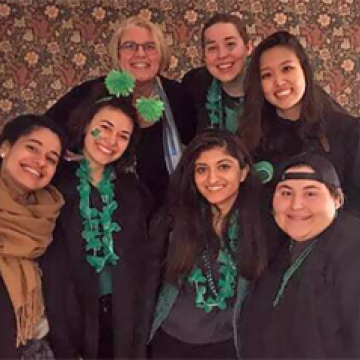 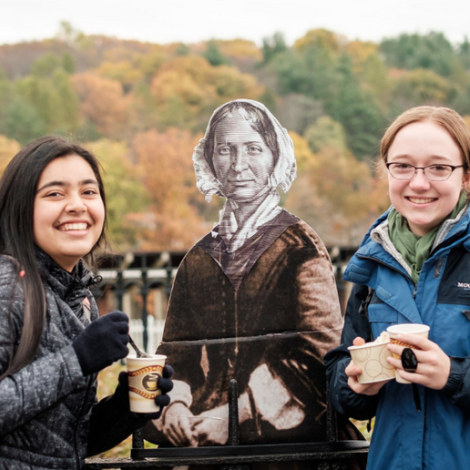 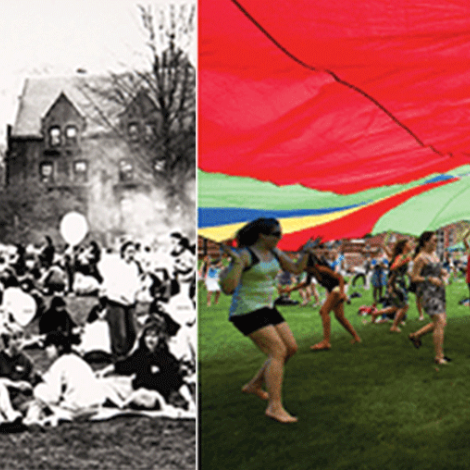 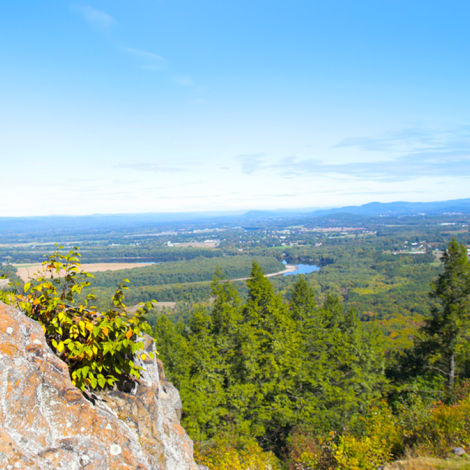 Mountain Day through the years