Smith spent much of her girlhood identifying birds and learning their songs, and she knew early on that sparrows, motmots, chickadees, and "anything with feathers" would be her life's work. And so they have been, taking her to Alaska, Costa Rica, New Zealand, Papua New Guinea, and, most often, the yards and woodlands near her Mount Holyoke lab.

Smith's work on the response of naive birds to coral snake color patterns has become a textbook example in discussions on warning colorations and innate avoidance. Her discovery of the social system that controls rufous collared sparrows is widely cited as the first on such relationships among birds, since demonstrated in numerous other species. Her book The Black-Capped Chickadee: Behavioral Ecology and Natural History (Cornell University Press, 1991) is considered the definitive scholarly guide to the species, and her discoveries about their ranking systems, mating behavior, and survival strategies continue to make major contributions to her field.

In 2000, Smith received the Margaret Morse Nice Medal from the Wilson Ornithological society, a prize established in honor of one of the country's most distinguished ornithologists and naturalists (and an MHC graduate). 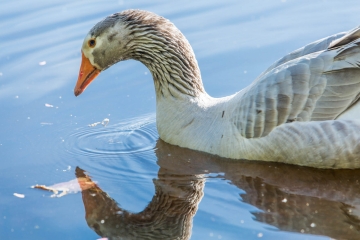 A birding we will go! Campus edition

The bird-watchers of Mount Holyoke joined the annual continental Christmas Bird Count on Dec. 15 by counting every bird they encounter on campus.