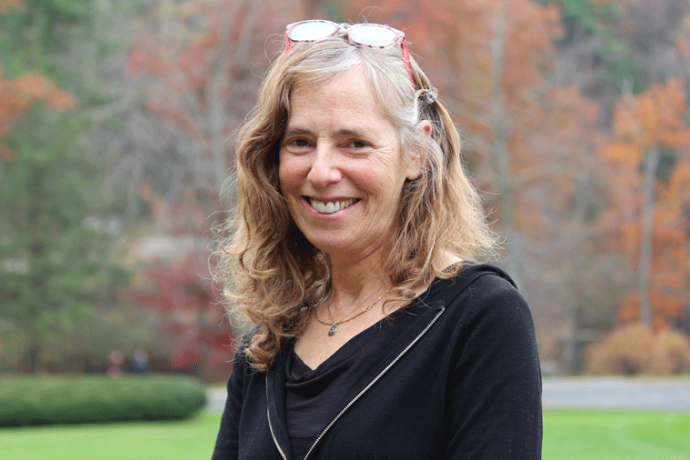 Shalom! I am Amelia Ender, Jewish Chaplain at Mount Holyoke College since 2006, a match that has worked out very well! A little about me:

Growing up in New York City during the 1960s, within a family of Polish/Jewish Holocaust survivors, I am very much a product of that convergence. Deeply inculcated with Jewish values traditions, education and ethos, I also breathed the air of the times - the innovative, expansive thinking, questioning of oppressive systems and inequality and creativity in modes of expression.

From a relatively young age, my “career plan” included meaning-making and repair of inequity and injustice, as well my expression of “life force” through movement and dance. I have always been acutely aware of the preciousness of life, and it’s tragic disposability. In my teens, a spiritual, mind/body orientation became clear to me, as well as a discovery of the burgeoning field of Dance/Movement Therapy! These are the threads I have followed in my professional training, my work and career path and my passions.

My clinical training and employment as a Dance Movement Therapist brought me into a variety of settings throughout New York City, mostly with marginalized and/or underserved populations. The work of DMT is mostly about making relationships with and among people who have difficulty doing so, and often occurs in psychiatric prisons and hospitals, special needs schools, homeless shelters, and geriatric facilities, where connection and communication may be hard to come by.  In group and individual contexts, the nature and tools of relationship building and social exchange are brought to bear in an elemental, often incremental way. Careful “listening,” attuning, reading cues and following, responding fully and authentically are fundamental practices that translate well in many circumstances, and certainly enhance the multicultural, multifaith work that is called for at Mount Holyoke College.

My many years working and training with Dr. Yael Danieli, Director of the Group Project for Holocaust Survivors and their Children, affected me profoundly. In group and individual settings, I gained invaluable, life-changing insight into the nature of my family’s experience, both before and during WWII and its all-encompassing effect on me and others of my generation. An “embodied” understanding of PTSD, and the transmission of trauma, imbued me with an understanding of its indelible impact on cultural and religious communities, Jewish and otherwise, through generations. Many of our students are members of such communities.

In the early 2000s when my son was attending the Solomon Schechter School, I became involved in the community and educational milieu of my synagogue and the Schechter School, joining both boards, as ritual director at Congregation B’nai Israel, and as coordinator of parent education and egalitarian practices at the Schechter School. In addition, I tutored Hebrew to adults and children, prepared Bar and Bat Mitzvah students, led services and began to facilitate Jewish ritual and life-cycle events. Around that time, my son was getting older, my father had died, and I strongly wanted to integrate the various facets of my work life, centralizing my efforts and attention; I began to pursue a Masters in Jewish Studies/Rabbinics at Hebrew College. This dove-tailed with the opportunity to work at Mount Holyoke and affirmed that I had made the right choice in shaping the next iteration of my career and personal development. Fourteen years later, I am grateful to be a part of this college community, engaging in meaningful and challenging work with amazing students and colleagues. 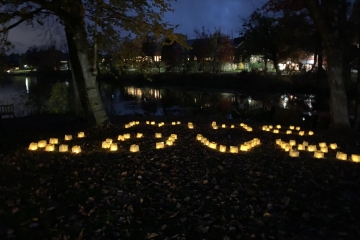 Mount Holyoke students are finding deeper spirituality during the pandemic — despite and because of online services and events.