As a philosopher, Lee Bowie's work cuts across  a number of disciplines. His upper-level logic course, for example, is cross-listed in the mathematics and statistics department, and his work in philosophy of mind deals with issues in cognitive psychology, computer theory, linguistics, and neurobiology. Bowie has also taught courses cross-listed as upper-level psychology courses, and programming courses. In fact, in Bowie's view, "the most exciting aspect of being a philosopher is the permission it confers to do serious work in other people's areas. The difficult question of how the mind works will require the synthesized efforts of multiple approaches."

Although most of Bowie's publications are in logic, the question that occupies most of his attention concerns how it is possible for a physical system—for example, the human brain—to be aware. Says Bowie, "While it seems possible to understand how a big pile of objects—atoms in a computer, for example—could represent something, it seems impossible to understand how even a very big pile of objects could feel like something. Yet evidently the big pile of atoms inside our skulls does just that." Bowie's recent work on neurobiology and neuropsychology suggests that "our view of ourselves as unified experiencers, psychologically continuous with our earlier and later selves, may be a convenient trick that our brains have evolved to play on us." Bowie aims in his work to find a way to reconcile our first-person experience of ourselves with the neuroscientific data.

Bowie is the editor, with Meredith Michaels and Robert Solomon, of Twenty Questions: An Introduction to Philosophy 7/e (Cengage, 2010); and with Meredith Michaels and Kathleen Higgins of Thirteen Questions in Ethics and Social Philosophy (Harcourt Brace, 1998). He is the founding director of Mount Holyoke's Speaking, Arguing, and Writing Program as well as the founding codirector of Mount Holyoke's Harriet L. and Paul M. Weissman Center for Leadership. Bowie also is a former dean of the College (2003-2008) and chair of the Philosophy Department. 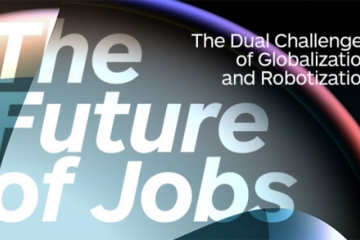 The McCulloch Center for Global Initiatives will host The Future of Jobs February 19–20. The conference will feature best-selling author Martin Ford.