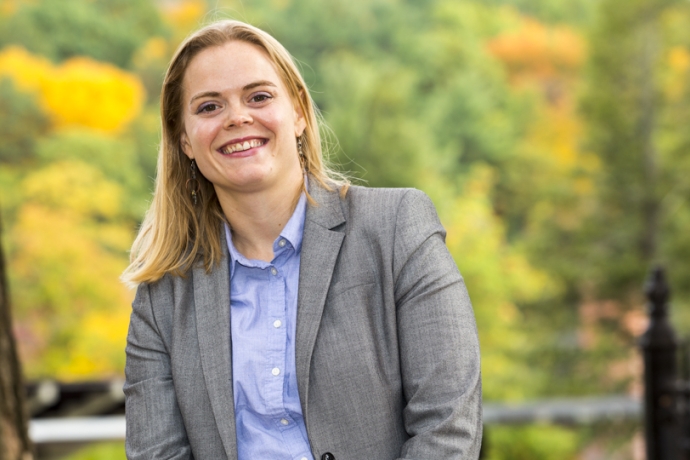 Kerstin Nordstrom researches complex fluid flows.Such fluids are commonplace in both nature and industry, yet are still poorly understood, sometimes exhibiting bizarre behavior. A well-known example is cornstarch in water (“oobleck”), which pours easily from a container, but is impervious to someone jumping on its surface.Her lab studies a variety of such systems, including avalanching sand, flowing colloids in microfluidic devices, and suspensions of algae. She is especially interested in phase transitions in these systems as well as practical and clever ways to process them. Her work has been funded by the American Chemical Society's Petroleum Research Fund.

She is also a strong advocate for diversity in science and public outreach. In the past several years she has been a committee member on the American Physical Society's Committee on the Status of Women in Physics (CSWP), and after formally cycling off the committee in 2016, has remained involved with several projects. She is a member of LGBT+ physicists. She loves visiting schools for outreach activities, and for the past two years has organized Soft Matter Day, a hybrid research symposium and public outreach event. She was an AAAS Mass Media Fellow in 2012, and remains highly interested in how scientists, journalists, and the public communicate.

At Mount Holyoke, she teaches introductory and advanced classical mechanics, statistical mechanics, and has taken over the pre-health introductory sequence. In her introductory courses, she uses techniques validated by physics education research (PER) to improve learning outcomes. She also strongly believes the introductory lectures should couple tightly with the labs, and has redesigned much of the course material to be more context-rich, especially with respect to biological systems in the pre-health sequence. In her advanced courses, she asks students to complete computational exercises in MATLAB to develop their proficiency with writing code, to understand processes like numerical differentiation and integration, and to practice working with large datasets.

In May 2017, she traveled to India to participate in the Emory Tibet Science Initiative and taught physics to Buddhist monks. This dovetailed nicely with her love of travel. She also likes hiking, lifting heavy things, and was a rugby player in a former life. She also loves trivia and plays every week in a local league. 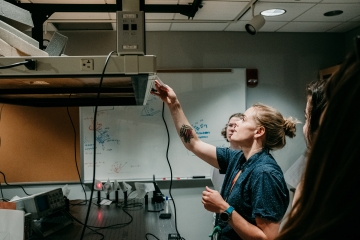 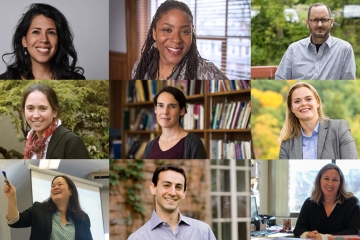 The Mount Holyoke College Board of Trustees has voted to grant tenure to nine faculty members spanning disciplines from gender studies to physics. 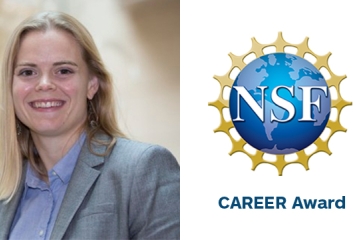