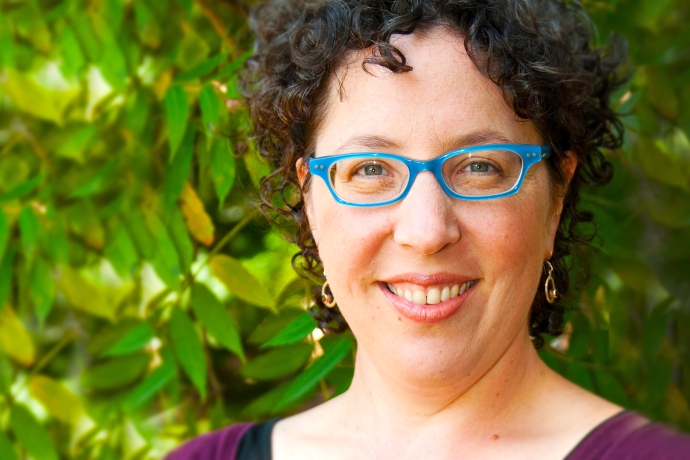 Benjamin’s most recent book, The Obligated Self: Maternal Subjectivity and Jewish Thought (Indiana University Press, 2018), investigates the religious dimensions of caring for young children in the context of Jewish thought and tradition. In this book, Benjamin argues that the physical and psychological work of caring for children presents theologically fruitful - but largely unexplored - terrain for feminists. Benjamin argues that child-rearing presents circumstances in which adults confront in vivo the critical theological, existential and ethical questions that lie at the heart of religious thought. Her theological reflection draws Jewish sources from the Talmud to modern philosophy into conversation with the experience of parental caregiving. By centering maternal subjectivity, Benjamin offers resources for transforming Jewish thought. Benjamin’s work on this book was supported by a Fellowship and a Summer Stipend from the National Endowment for the Humanities. The Obligated Self received the American Academy of Religion's 2019 Award for Excellence in the Study of Religion, Constructive-Reflective Studies, and was named as a finalist for the 2018 National Jewish Book Awards in the Women's Studies category.

Benjamin’s first book, Rosenzweig’s Bible: Reinventing Scripture for Jewish Modernity (Cambridge University Press, 2009), examined the theological and political stakes of the endeavor to reinvigorate the Jewish Bible in a historicist age. Her study focuses on the work of the German-Jewish thinkers Franz Rosenzweig (1886-1929), one of the key Jewish religious philosophers of the modern period. 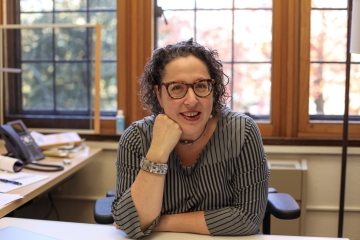 Mob at Capitol was an “attempted putsch”

Mount Holyoke College Professor Mara Benjamin was part of a group of Jewish scholars who called for Trump’s removal after January’s Capitol breach.

Mara Benjamin, chair of the Jewish Studies department at Mount Holyoke College, has won an award for her book “The Obligated Self” 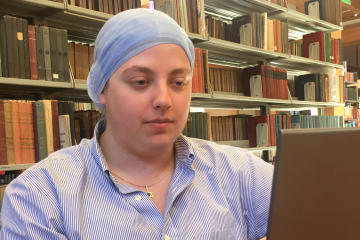 Crushing on oral history and language

The Yiddish Book Center has given Mount Holyoke student Zohar Berman ’20 insight into language, culture, history and the future.