The story behind Pangynaskeia Day, which is held on the last Friday of classes in the spring semester, is nearly as long as its name.

The story behind Pangynaskeia Day, which is held on the last Friday of classes in the spring semester, is nearly as long as its name. The origin of Pangy Day depends on who you ask.

Many say Pangy Day can be attributed to the inauguration of President Elizabeth Topham Kennan ’60 in 1978. The spring festivities in Kennan’s honor were so spectacular that a group of students, in true Mount Holyoke fashion, began almost immediately to plot a repeat celebratory occasion for the campus community.

They envisioned a spring weekend with music, sporting events, panel discussions, a parade and a picnic. Their vision, which they called Pangynaskeia Day, debuted in 1980 and has been shortened to both Pang Day and the more common Pangy Day.

Others point all the way back to 1835. Shortly before Mount Holyoke's founder Mary Lyon opened the doors she wrestled with what to name it. Lyon refused to have the institution named after her, having seen many schools closed after a founder’s death.  Edward Hitchcock, a founding trustee, suggested a word compounded from three Greek words: Pangynaskeia. It loosely meant “whole woman making” or “cultivating the total world of women” and was quickly met with much much sarcasm, eye-rolling and derision in the press. In the end, committee members voted to name the school after Mount Holyoke, a popular tourist destination near South Hadley. But Hitchcock's idea made enough of a splash to resurface some 140 years later.

The first Pangynaskeia Day on April 25, 1980 featured a parade of dozens of marching units and floats, lectures and presentations by faculty and alumnae, an all-College picnic, softball, volleyball and Frisbee games throughout the campus. There were also songs and entertainment in the Amphitheater. The highlight of the inaugural celebration was the afternoon parade, during which scenes from Mount Holyoke’s past, present, and future were depicted by various student groups from across campus.

Still others might point to 1901. That's when May Day, which had begun in the 1890s, was officially sanctioned as a College event. It involved the staging of elaborate drama club performances on Pageant Green, the decorating of a maypole and the selecting of a senior as May Queen.

May Day continued on in some fashion until the late 1970s, by which time parents and families had long begun to take part in the festivities. To make it more convenient for families to attend, the tradition was moved to the fall and renamed Parents Day, the precursor to today’s Family and Friends Weekend.

And students, sensing the need for a springtime tradition, filled the void with Pangy Day. 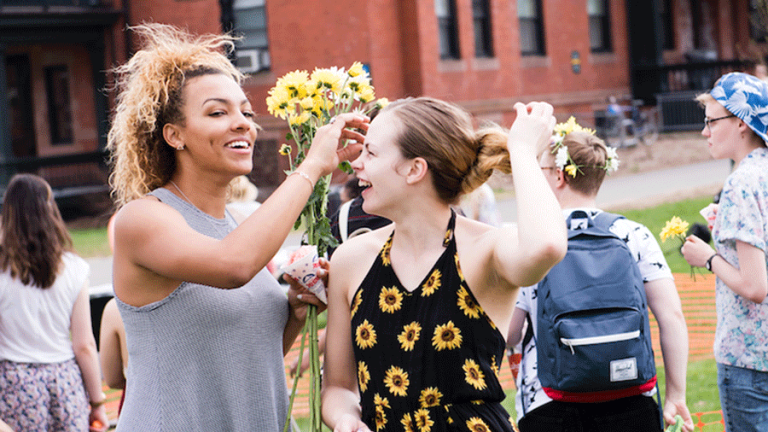 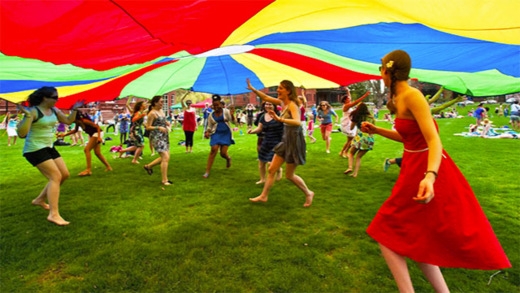