The data science major lives at the intersection of many fields. Cross-disciplinary by definition, this major is an exercise in integration, one that brings together technical skills and domain-specific knowledge to create new pathways for learning. The data science major will prepare you to face emerging questions and challenges in the communication of data concepts and outcomes. Offering rigorous training in statistics and computer science, the major emphasizes how to be an effective, ethical and judicious consumer of data.

The major offers a foundational understanding of the data generating process, the appropriate and efficient translation of analytic strategies to specific data settings, the potential biases arising from missing data or data collection, the means for drawing accurate conclusions, and the techniques and principles of integrity in data visualization and communication. As part of your data science education, you will develop excellent communication skills and the ability to make clear and persuasive arguments framed by logic and supported by data.

The curriculum is flexible and innovative, serving a diverse backgrounds and disciplinary interests, and deep enough to accommodate anyone who wants ultimately to pursue advanced study in statistics and computer science. The Data Science curriculum reflects the increasingly collaborative and interdisciplinary academic landscape. 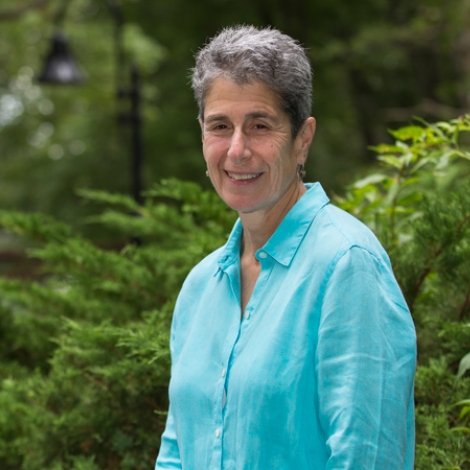 Culminating in an integrative capstone and data ethics course, the data science curriculum includes required coursework in mathematics and statistics with a choice of domain area, such as English, economics or chemistry.

Requirements for the Major

A minimum of 40 credits:

The study of ethics in relation to data science is integrated throughout the curriculum and emphasized in this integrative capstone course.

At the time of major declaration, the student selects a domain area in consultation with an advisor from Data Science. Some sample pathways are described below:

Data touches nearly all parts of economics by informing models and revealing patterns and causal relationships in data. Data science is becoming an essential part of every subfield in economics. For example students interested in: (1) finance might take ECON-270 Accounting and ECON-215 Economics of Corporate Finance; (2) development might take ECON-213 Economic Development ; (3) theory might take ECON-201 Game Theory and ECON-212 Microeconomic Theory. Almost all 200-level courses in economics require ECON-110 Introductory Economics as a prerequisite.

Digital Humanities and New Media Studies represent two humanities avenues for potential cross-pollination with data analysis. Topic modeling, text mining, and database construction for interactive editions of texts are examples of particular areas of digital humanities that lend themselves to asking interesting questions about large humanities corpora. Students interested in English and Data Science would take courses in literary analysis and at least one upper-level course in digital humanities in the Five Colleges. For example, students interested in: (1) text analysis of literature and the environment might take ENGL-240 American Literature I and ENGL-366 Love, Sex, and Death in the Anthropocene, or Living Through the Age of Climate Change and Other Disasters. Alternately; (2) exploring large corpora might take survey courses offering breadth, e.g., ENGL-251 Contemporary African American Literature II or ENGL-241 American Literature II , ENGLISH-302 (UMass) Studies in Textuality and New Media or ENGL-390 (Amherst) Digital Humanities. Ideally, students would also take ENGL-199 Introduction to the Study of Literature.

The courses listed below form the core of the Data Science curriculum. In addition to core courses, students majoring in Data Science will take courses from their selected domain areas in consultation with their Data Science advisors.

The Capstone is a research seminar that brings together the three pillars of the Data Science curriculum. The course will start with common readings about research projects across a range of disciplines, including readings that address issues of ethics involved with the collection, treatment, and analysis of data. Concurrently, each student will develop an individual research topic and identify relevant data resources. The remainder of the term will be dedicated to exploring these topics through extensive data analysis, visualization, and interpretation, leading to a final report with complete results and a presentation.

Courses in Other Departments Counting toward the Major in Data Science

Cross-disciplinary by definition, Data Science prepares students to face emerging questions and challenges in the communication of data concepts and outcomes.

Mount Holyoke seeks intellectually curious applicants who understand the value of a liberal arts education and are driven by a love of learning. As a women's college that is gender diverse, we welcome applications from female, trans and non-binary students.

Everyone’s financial situation is unique, and we’re here to make sure cost does not get in the way of an exceptional education.