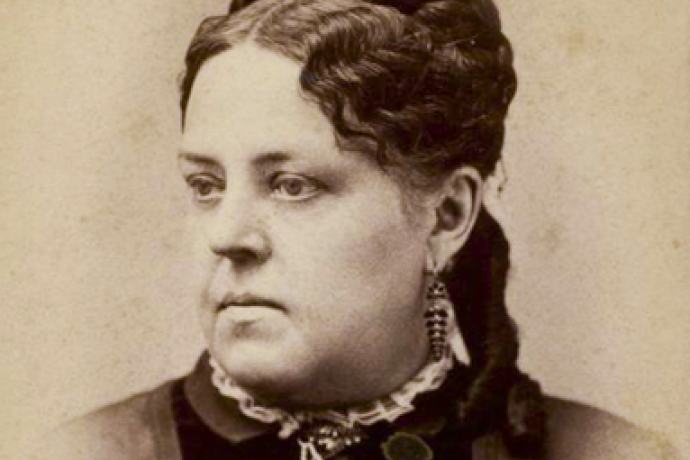 Esther Howland, Mount Holyoke class of 1847, is known as the “mother of the American valentine.” At a time when most women didn’t have the opportunity to be employed, let alone lead, Howland founded her card-making business and pioneered an entire industry.

Before Howland, the valentine industry as we know it today, with its mass-produced cards readily available for purchase and sharing, had yet to be established. Howland, whose father ran a large stationary store, had the novel idea to craft each ornate card in an assembly line — years before Henry Ford implemented the same strategy in his own factories — to accommodate an explosion of interest in her products.

Her assembly line was all women during a time when only 10-15% of women were employed outside the home. She eventually titled her enterprise the New England Valentine Company, which was renowned as much for its efficiency as for its artistic excellence.

To craft her cards, Howland imported fine lace, specialty paper and other decorations from England. She also innovated design elements, such as enclosed messages within cards, the usage of painted silk, and elaborate folding. Her signature style became recognized as a commercial success, thanks to the beauty of her designs and her drive to meet the demand of her customers.

Howland’s business thrived throughout her 30-year career. By 1880, the New England Valentine Company was earning over $100,000 in profits per year (equivalent to $2.5 million today.)

Despite these accomplishments, her historical legacy has been largely biased: Many biographical records focus on the fact that Howland, a native of Worcester, Massachusetts, never married. Few wholeheartedly celebrate her independent achievements — or her trailblazing efforts to normalize gender diversity in business and the arts.

Current students can fuel their own ambitions with the many resources available on campus. Experiment with laser-cutting, 3D printing and more to create your own innovative designs at the Fimbel Maker & Innovation Lab. Launch your career with $3,000 of internship funding through the Lynk. Declare a minor in entrepreneurship, organizations and society. And embrace the interdisciplinary value of a Mount Holyoke education.