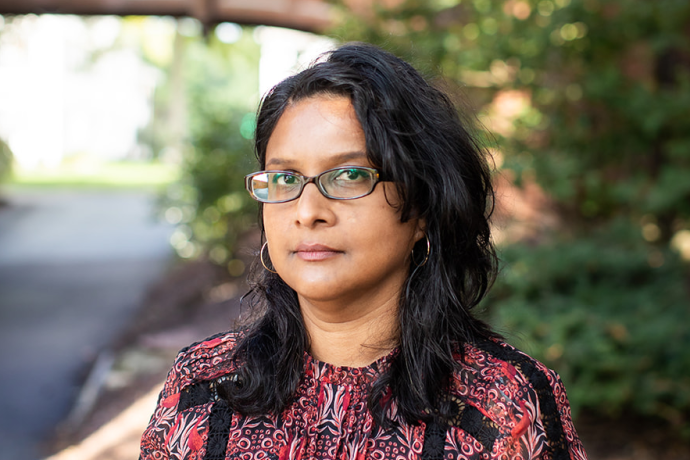 Suparna Roychoudhury specializes in English Renaissance literature, with an emphasis on Shakespeare. While her research and teaching areas include all aspects of the literature and culture of the sixteenth and seventeenth centuries, she is particularly interested in the relation between literature and the history of science, broadly defined. She has written on such topics as melancholy, anatomy, emotion, intelligence, and skill. In addition to her work in Renaissance studies, Roychoudhury teaches contemporary transnational literature written in English, with a special interest in literary cosmopolitanism.

Roychoudhury is the author of Phantasmatic Shakespeare: Imagination in the Age of Early Modern Science (Cornell University Press, 2018), which examines Shakespearean representations of the faculty of imagination in light of early modern scientific contexts and theories of cognition. Her essays and reviews can be found in ELH, English Literary Renaissance, The Journal for Early Modern Cultural Studies, Modern Philology, Philological Quarterly, SEL: Studies in English Literature 1500-1900, and The Spenser Review. She is a winner of the Meribeth E. Cameron Faculty Award for Scholarship. Her doctoral thesis was awarded an Honorable Mention for the J. Leeds Barroll Dissertation Prize by the Shakespeare Association of America. She is a recipient of the Bowdoin Prize awarded by Harvard University, and holds a University Medal from the Australian National University. She serves on the Editorial Board of English Literary Renaissance. 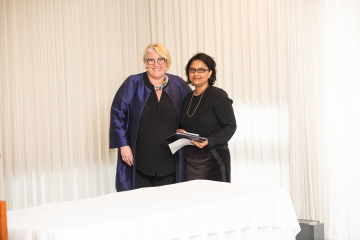 Suparna Roychoudhury, associate professor of English, brings an expansive passion for knowledge to her teaching and scholarship at Mount Holyoke. 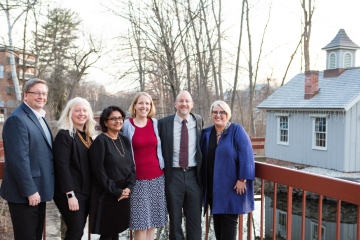 Mount Holyoke honored four professors for their scholarship and teaching at the annual Faculty Awards ceremony in early March, prior to the closing of campus. 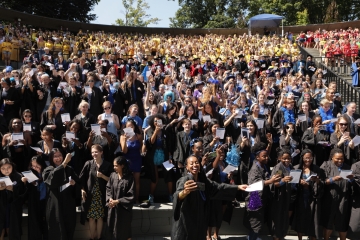 A shining kick-off to the new year

Convocation marks the official beginning of the 2019–2020 academic year for 2,199 Mount Holyoke students, including 507 incoming first-years.

Was appointed to the Editorial Board of English Literary Renaissance, a journal published by the University of Chicago Press.