The annual conference featured more than 200 student presentations about their internships and research projects.

Bianca Chetty ’20, a politics and Spanish double major, spent her summer in Madrid, Spain, interning at various law firms, where she assisted on cases ranging from investor fraud to drug smuggling.

Olivia Laursen ’19, who is majoring in biology, lived for the summer in an unfinished cabin on a 200-acre organic farm in California, learning how to build an agricultural system that is local, healthy and sustainable.

Stephanie F. Spitzer ’20, major undecided, interned in Phoenix, Arizona, where she explored the world of mortgage banking. But her first task was to answer this question: What is a mortgage loan? 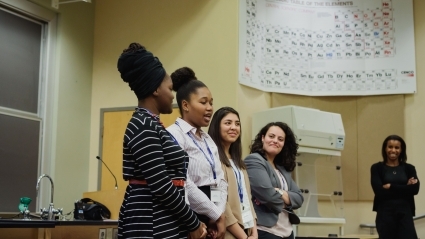 The three were among the 232 Mount Holyoke College students who participated on October 19 in the LEAP Symposium — which stands for Learning from Application — the annual event where students share what they’ve learned in their internships with fellow students, faculty, staff and the greater community. Giving presentations about their work and research experiences is an integral part of a Mount Holyoke student’s internship process.

Internships are at the heart of Mount Holyoke’s mission to take learning beyond the gates of the College. Over 800 students do internships or research every year, said Eleanor Townsley, who oversees LEAP in her role as director of the Nexus curriculum-to-career program. “This is the best preparation for life and career for our students, as they step out in this messy economy and world,” she said. 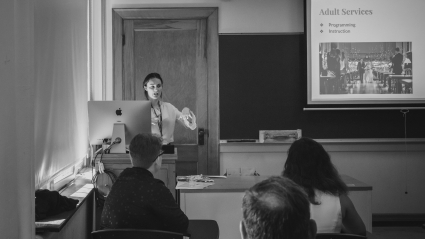 Townsley, who is also the Andrew W. Mellon Professor of Sociology, works closely with the Career Development Center. She and her CDC colleagues coauthored a well-received study in 2017 that found that participation in multiple internships during college helps students to secure employment or graduate school within six months following graduation. 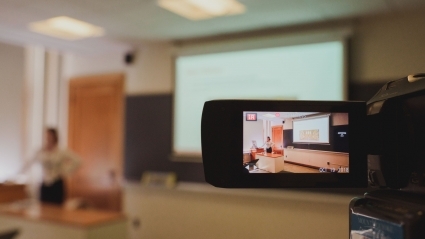 As part of its deep commitment to internships, Mount Holyoke makes funding available through its Lynk initiative — much of which comes from the College’s very generous alumnae — so that every student has a chance to do at least one internship, either domestically or abroad. Three-hundred forty-eight students received Lynk funding for summer 2018 internships.

Students who receive funding are required to give a public presentation, and the LEAP conference is one of the primary opportunities to do that. To prepare for it, they take College 211, a class that helps them connect their internship and research experience to their classes. 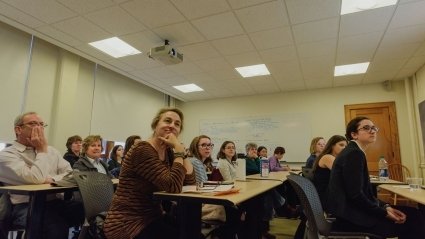 Students can also receive help in finding an internship that matches their interests and goals.

“We carefully curate our internships, with partnerships at the College’s academic centers, and many of our students find their own internships,” Townsley said. “We have students at the United Nations and UNESCO, at national governments all over the world, and at nonprofits down the street.” 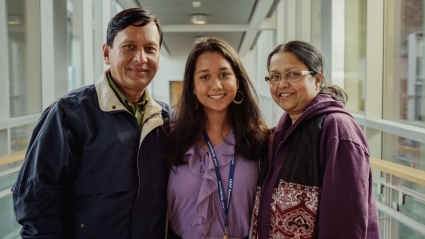 That variety was reflected in the day’s 57 interdisciplinary panels, where students armed with impressive PowerPoint presentations explained how they found their positions and secured funding, detailed the work they did on site, and reflected on how the experiences will help them move forward in their academic and professional careers.

They spoke in classrooms and lecture halls to enthusiastic audiences of beaming families, proud mentors and excited fellow students. First-year students listened in anticipation of the LEAPs in their futures. Alumnae, faculty and staff joined the throng. 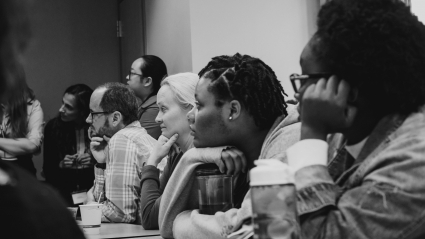 Out of the classroom, into the world

In her presentation, “Civil Law and Spanish: Understanding Spain’s Legal System,” Chetty described her excitement at tackling the challenges of navigating the daily work in a law firm. Those challenges were compounded by the fact that she not only had to accustom herself to a different language and culture, but also to an entirely different legal system.

“I got a crash course in civil process and a constitutional monarchy,” said Chetty. “Plus, I improved my Spanish a lot.”

In fact, it was because of her Madrid experience that she added Spanish as a second major. 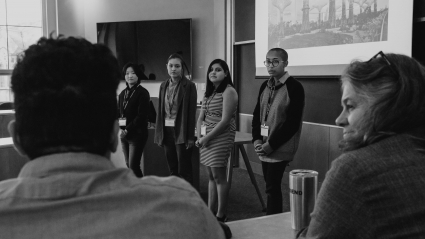 Chetty said she was surprised to find that one particular Mount Holyoke experience was a huge help.

“Being forced to talk in class actually helped me have the confidence to speak up and make my voice heard at the law firms,” she said. “It’s little things like that you don’t realize will have a huge impact later on.”

That’s all music to Townsley’s ears. 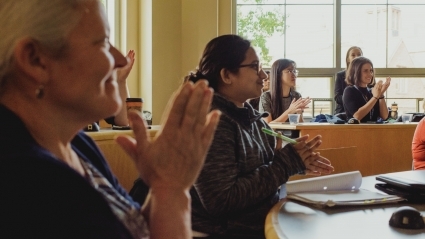 Offering students real-world experiences that, like Chetty’s, inform future academic and professional choices, is an important part of the education offered at Mount Holyoke, Townsley said. And crucial to the process is the chance to reflect on those experiences, to tie them into their academic experiences and goals at Mount Holyoke, and to share that reflection with peers, faculty and staff. 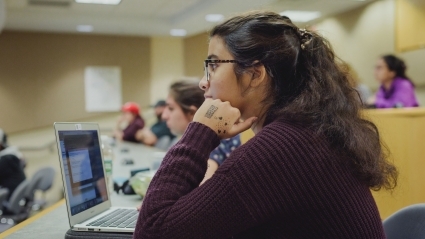 Saying no to farming

As part of a panel called “Building Healthy, Empowered Communities,” Laursen talked about what she learned working on the organic farm: How to create a compost that acts as a soil inoculant. How to manufacture the farm’s value-added products, like kale chips and thistle lemonade. How to live off the grid. How to cook in a solar oven. How to forage for wild food.

She also learned she does not want to be a farmer.

“I wanted to study environmental sustainability in a practical way. I wanted to get my hands in the dirt,” Laursen said. “I did that, and now I know being a farmer is not what I want to do.” 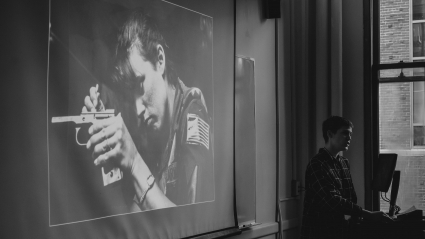 Not that the experience was wasted, she said. Laursen plans to apply what she learned in her own gardening practice and will be informed by the experience as she ponders future career possibilities, such as environmental education, naturalist work, teaching or possibly science writing.

Laursen, like a great many of the presenters, received Lynk funding.

“The Lynk application requires substantial preparation, including subject preparation, basic budgeting and decision-making,” Townsley said. “Through The Lynk, the College aims to support the students in their internships to make sure they flourish and thrive.” 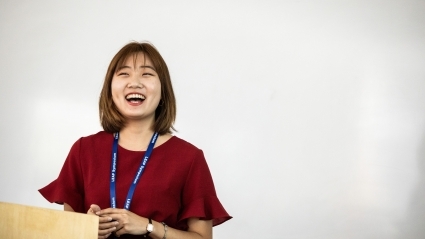 Spitzer, who chose to intern in mortgage banking before she actually knew how mortgages work, said she had to undertake quite a bit of research about the financial industry beforehand. Despite her lack of knowledge, she felt drawn to explore that world, so much so that she applied three times before she was accepted to her internship with Berkadia Commercial Mortgage LLC. 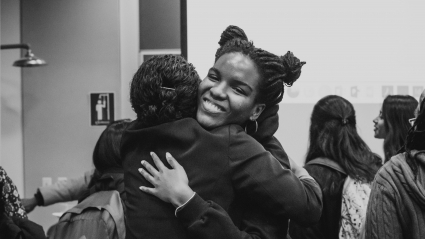 But Spitzer kept at it. She kept working with the Center for Career Development. On the third try, she was in. So she packed her bags and headed to sizzling Phoenix. “If I hadn’t been persistent,” she said, “I wouldn’t be standing in front of you all today, telling you about my internship.”

LEAP into your future. Visit.