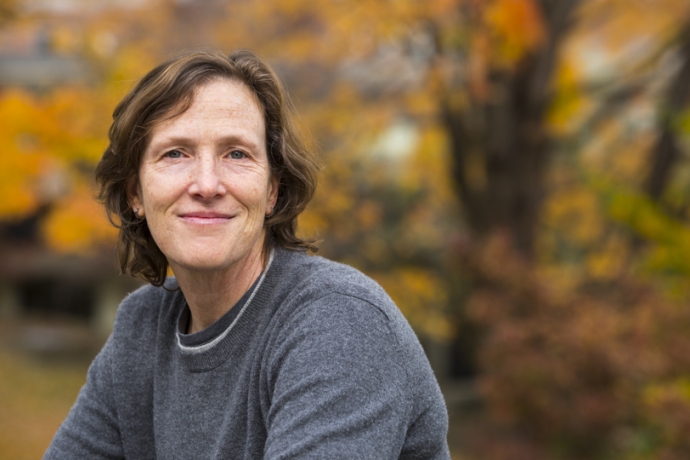 Ecologist Martha Hoopes is interested in how species coexist and even more in why they don't. Her research focuses on conservation biology and the human interactions with the environment that lead to rarity, declining population sizes, and even to extinction.

Before arriving at Mount Holyoke, Hoopes's research examined how the spatial configuration of populations and their environment affected the dynamics of species and communities of plants and insects. In her dissertation she examined how land management and invasive species contributed to the loss of native grasslands in California, where grasslands are a much more dominant part of the landscape than on the east coast. That research led to an interest in the movement of organisms, particularly the transport of non-native species to new environments where they alter interactions between native species. Hoopes's postdoctoral work at UC Berkeley expanded her research in spatial community dynamics by looking at the role of dispersal in the dynamics of a galling herbivore (a fly that stimulates a shrub to create a fleshy growth in which the larvae grow) and a suite of parasitoids that attack the herbivore. This research allowed her to explore models that represent community dynamics across habitats with differences in temperature, light, and resource availability.

Hoopes is continuing this focus on spatial dynamics and invasive species. With colleagues Julie Lockwood at Rutgers University and Michael Marchetti at California State University Chico, she wrote Invasion Ecology, a textbook published by Wiley/Blackwell in 2007. Hoopes and her colleagues also recently published a paper on the spread of invasive species across new landscapes in Ecology .

With her students, Hoopes is researching the role of movement and invasions in community dynamics by studying competition between native and non-native plant species. She has focused on quantifying the effects of non-natives from several different sources and families in order to generate generalizations for when non-natives will become invasive and the situations in which they are expected to have the largest negative impact on native communities.

Invasion ecology and dynamics; conservation biology; the role of landscapes and spatial configurations in species interactions; research species are generally plants and insects 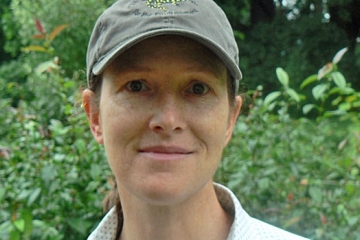 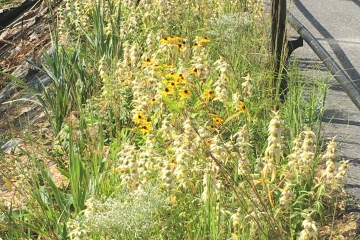 TheBotanic Garden has completed work on a new pollinator garden on the Mount Holyoke College campus. 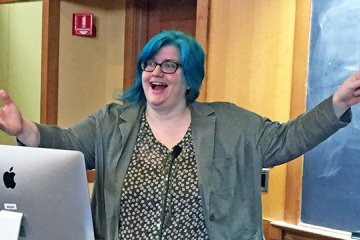 Algorithms are hardly as objective as people think, says Cathy O’Neil, author of “Weapons of Math Destruction,” in a talk and discussion at Mount Holyoke.