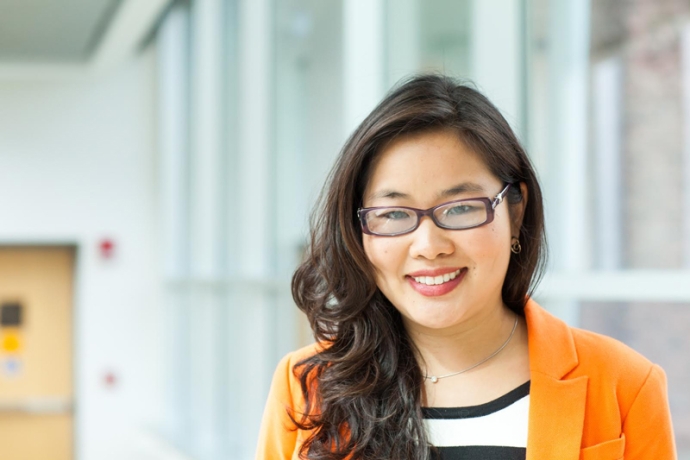 Audrey St. John specializes in theoretical computer science, with her research focusing on the "rigidity theory" of structures motivated by applications such as robotics, computer-aided design (CAD) and computational biology. In 2013, she received a Faculty Early Career Development (CAREER) award from the National Science Foundation (NSF) to develop a Rigidity Theory for Multi-Robot Formations. St. John's commitment to broadening participation in computer science and STEM at large is demonstrated through curricular development and co-curricular activities. She is a co-PI on a Google Computer Science Capacity Award for the MaGE: Megas and Gigas Educate peer mentorship program and is involved in the newly established Makerspace.

St. John enjoys the interdisciplinary nature of her research — the core theory spans computer science and mathematics while the applications range from engineering to biology, allowing her to collaborate with faculty from other disciplines and students with varying interests. Her NSF CAREER award supports research towards developing algorithms for autonomous control of multi-robot formations, motivated by scenarios such as search-and-rescue where collective transport of objects is required. St. John’s involvement in the NSF-funded Four College Biomath Consortium (4CBC) gives her the opportunity to work on computational methods for analyzing the flexibility of proteins, which has applications in drug design.

Having discovered computer science in college herself, St. John works to broaden participation in the field and the tech community at large. She believes engaging and challenging curriculum can empower students to reimagine their own interests and pathways and seeks to infuse excitement and ownership of the material in the courses she teaches. A 2015 recipient of the Mount Holyoke College Faculty Award for Teaching, St. John applies this philosophy in introductory-level courses (e.g., COMSC 101: Problem Solving & Object Oriented Programming and COMSC 201: Advanced Object Oriented Programming) and upper-level courses (her favorite is COMSC 311: Theory of Computation). It has also inspired her to create new courses, such as COMSC 106: iDesign Studio, created for students that might see themselves as “tech-phobic” and is now part of Makerspace programming. In addition, she is actively involved in co-curricular programming, including the development of MaGE with PI Heather Pon-Barry and co-PI Becky Wai-Ling Packard. This academic peer mentorship program centers on a rigorous training course to prepare students to become effective mentors equipped to create an inclusive learning environment for their peers. 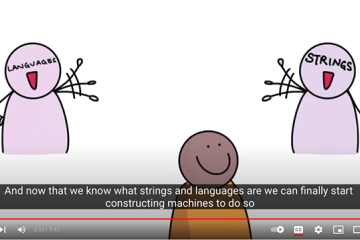 Spurred by the mentoring of Mount Holyoke professors, Lydia Cheah ’20 has found herself leading the way to reshape the computer science career track.

Mount Holyoke professor Valerie Barr ’77 is a recipient of an NSF grant that funds a multi-institution collaboration toward diversity in computer science.

Mount Holyoke College and its professors received several grants and fellowships between November 2015 and March 2016.